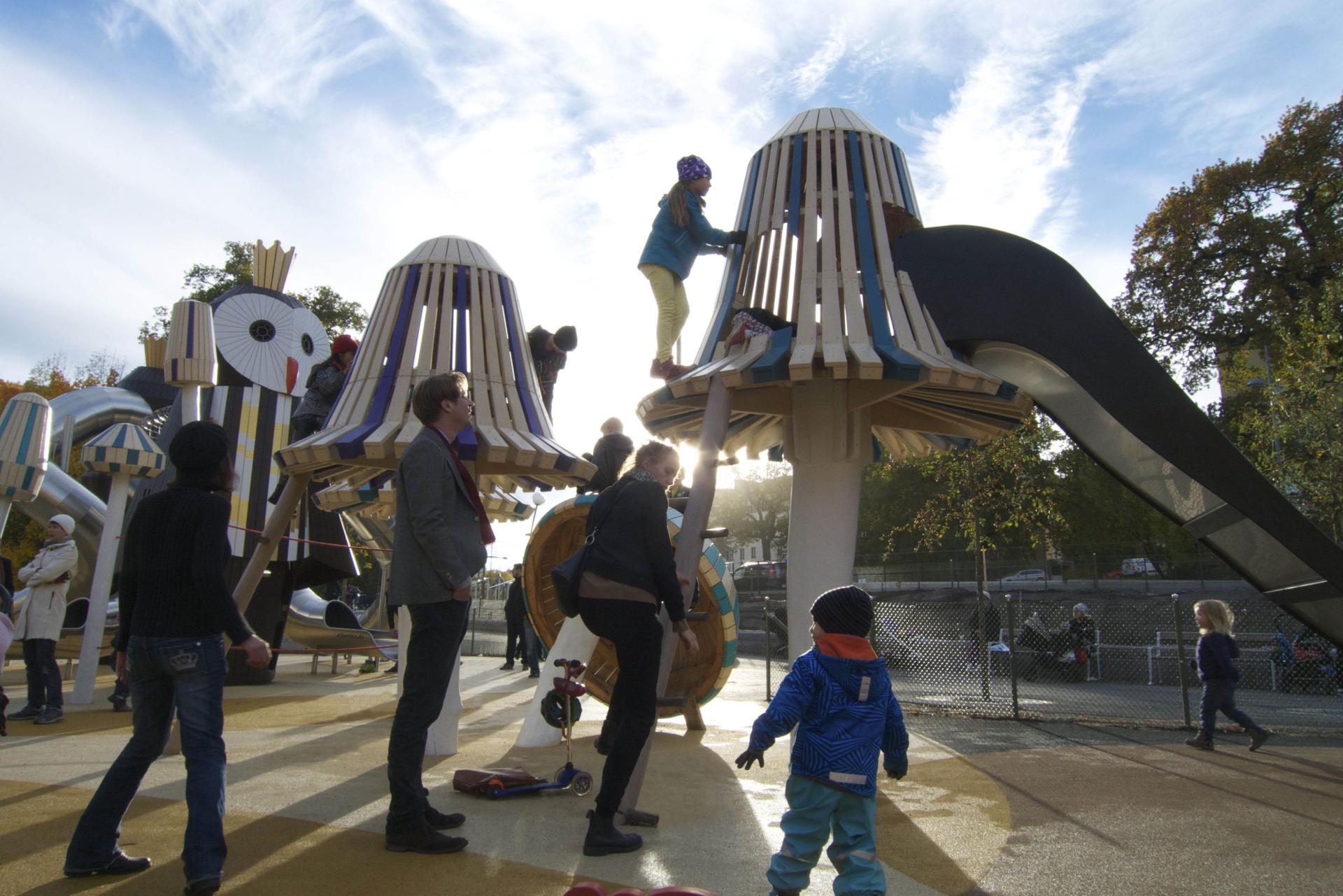 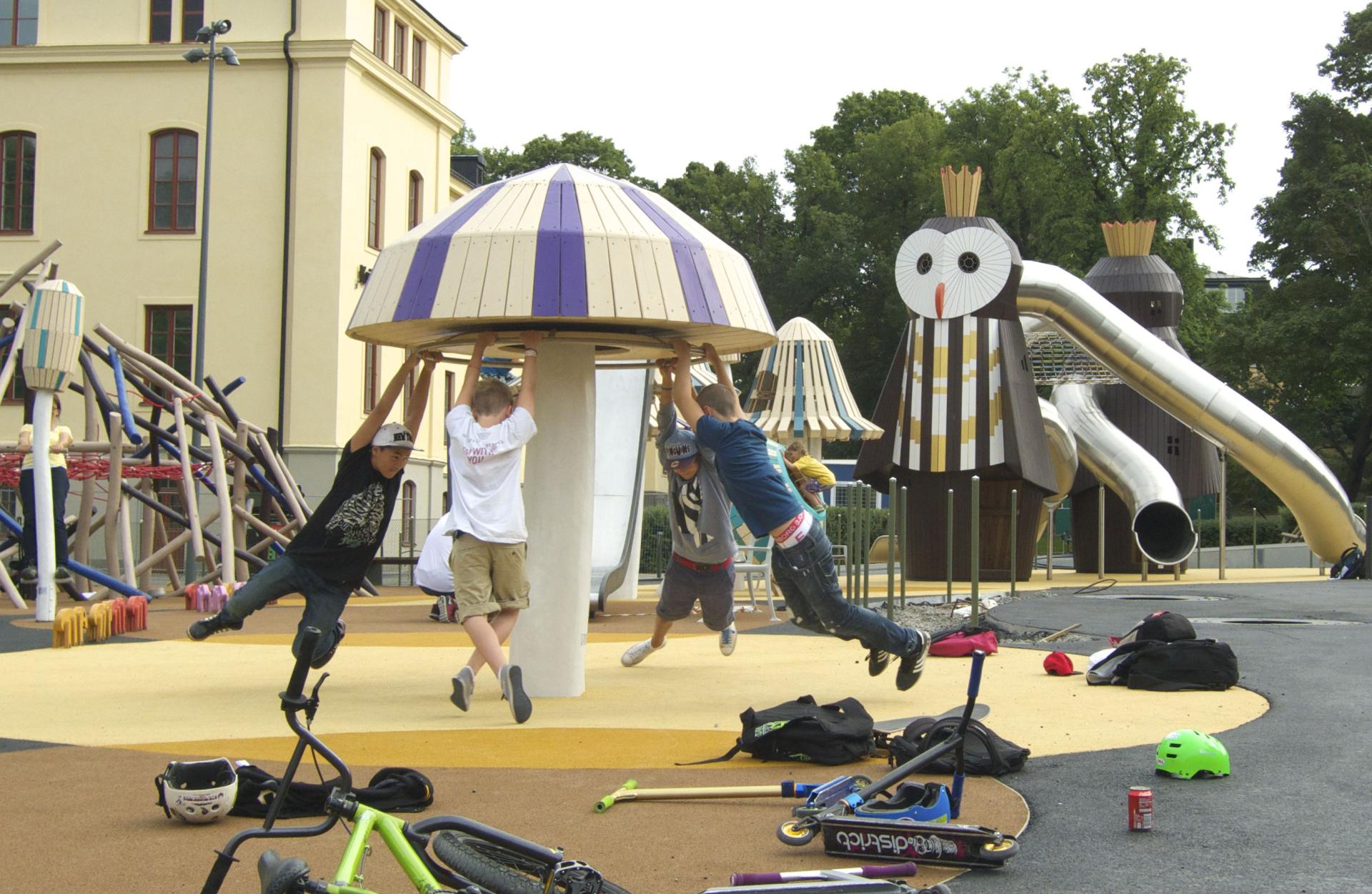 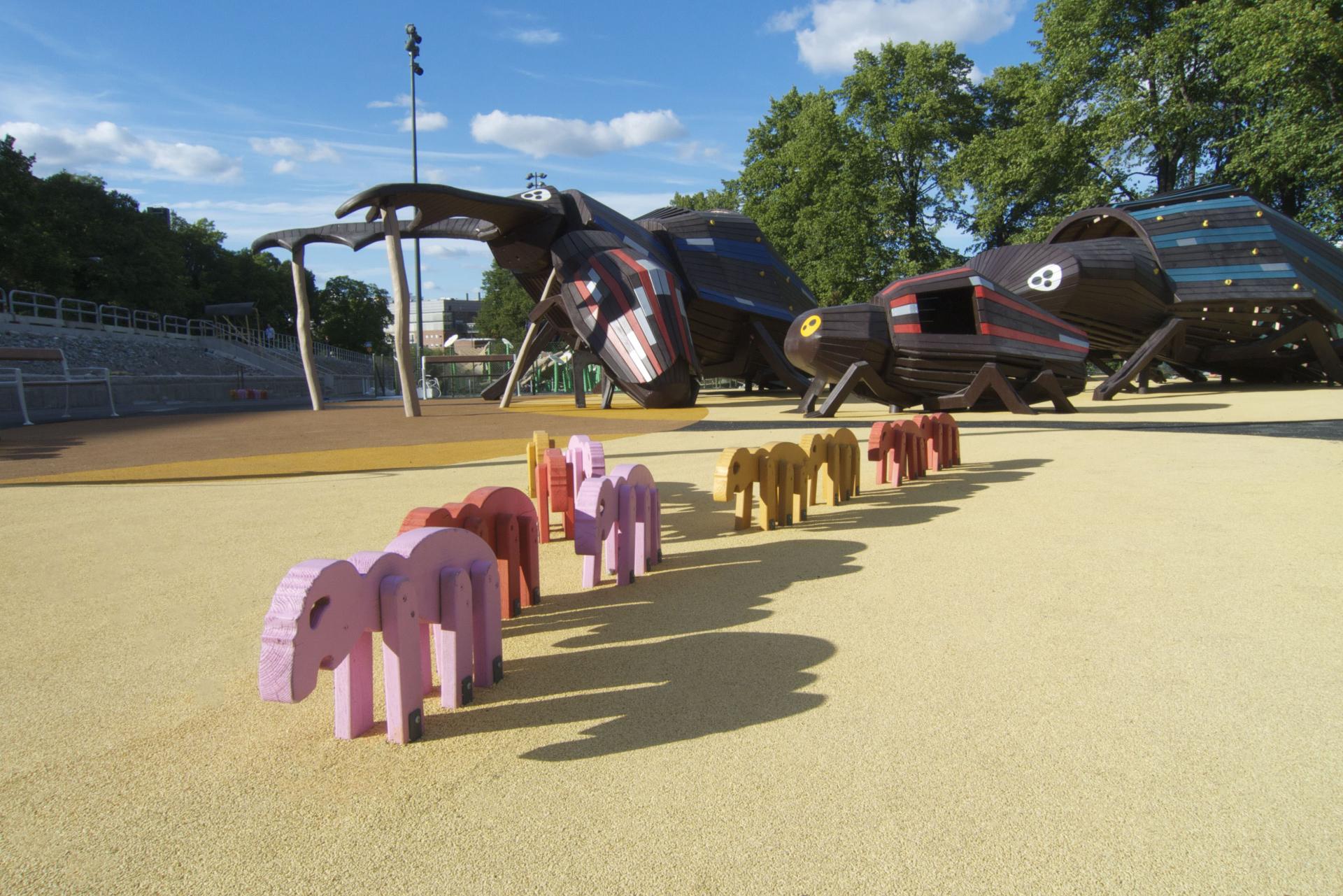 FLORA AND FAUNA FOR ALLE ALDRE

Among the trees, bushes and branches of the area of Kristineberg Slottspark, lives rare species of ants and beetles. Between the cluster of oak trees lies a dispersal corridor, a route connecting different groups of wildlife, otherwise separated by human activities or structures, such as roads or buildings.

We wanted to tell the story of the hidden wildlife. Transforming the area into a crawling habitat by super sizing the small world to expose it and to turn reality upside down, making huge what is normally tiny.

The playground is ‘alive’ and moving with both fauna and flora. Mushrooms, flowers and leaves are placed among the animals. Beside the beetles, earwigs and ants, there are two owls overseeing the area - the crowned king and queen of the habitat, both 5.5 meters tall. The interior of the owls offer different levels, stairs and ladders to climb on. If the children want to play the chimes on the owl queen they do so by pressing the buttons on its side. 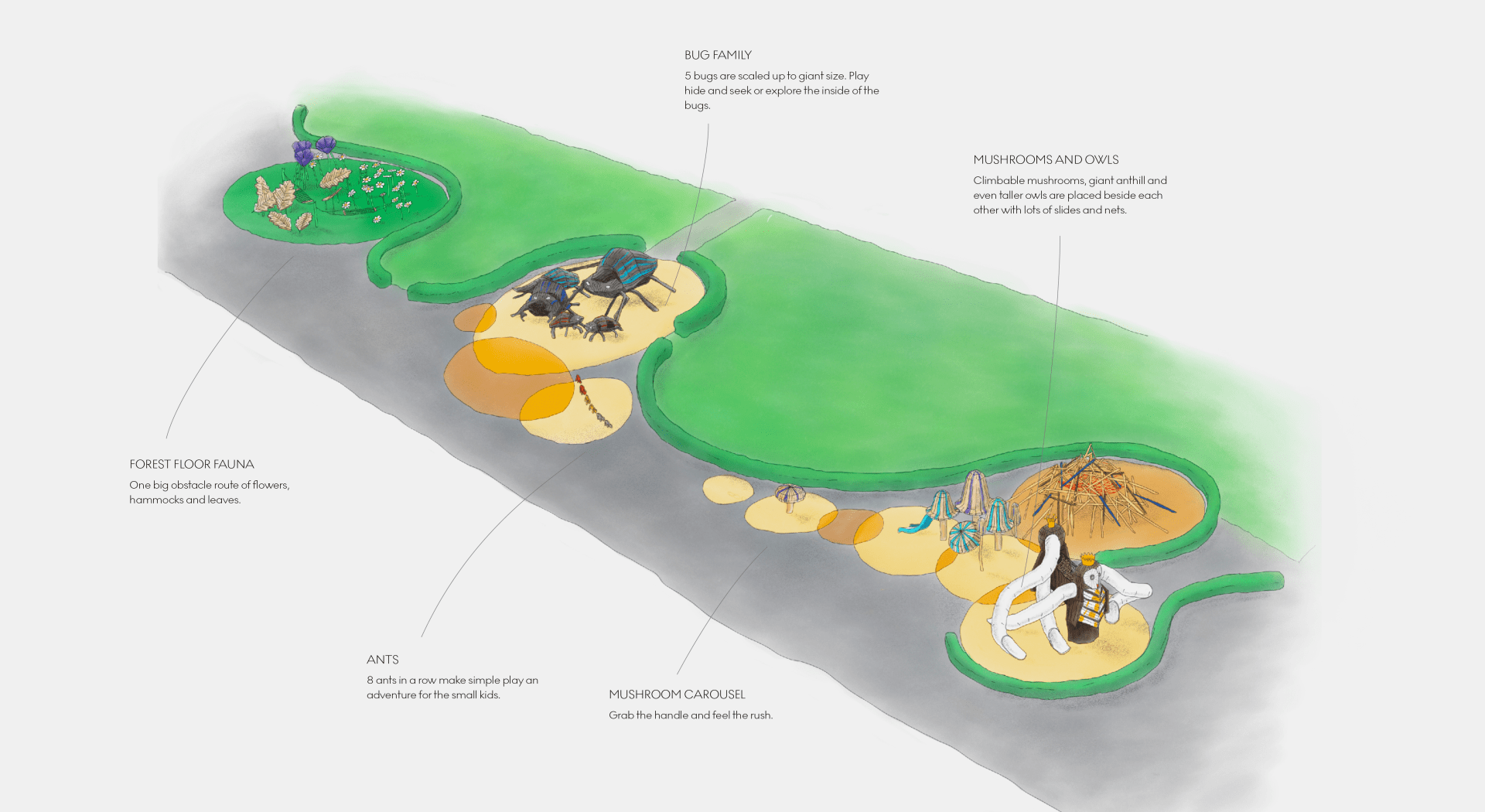 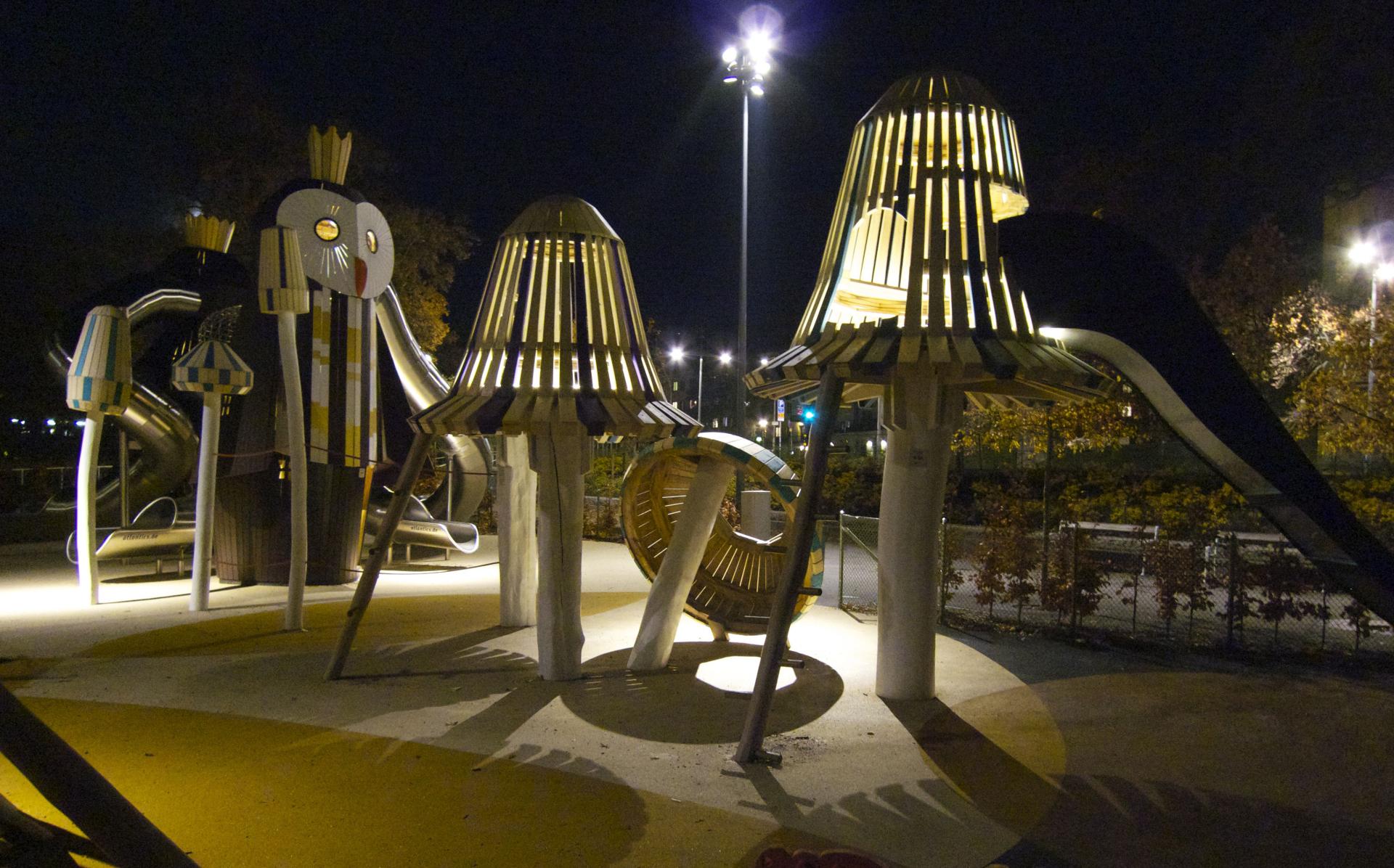 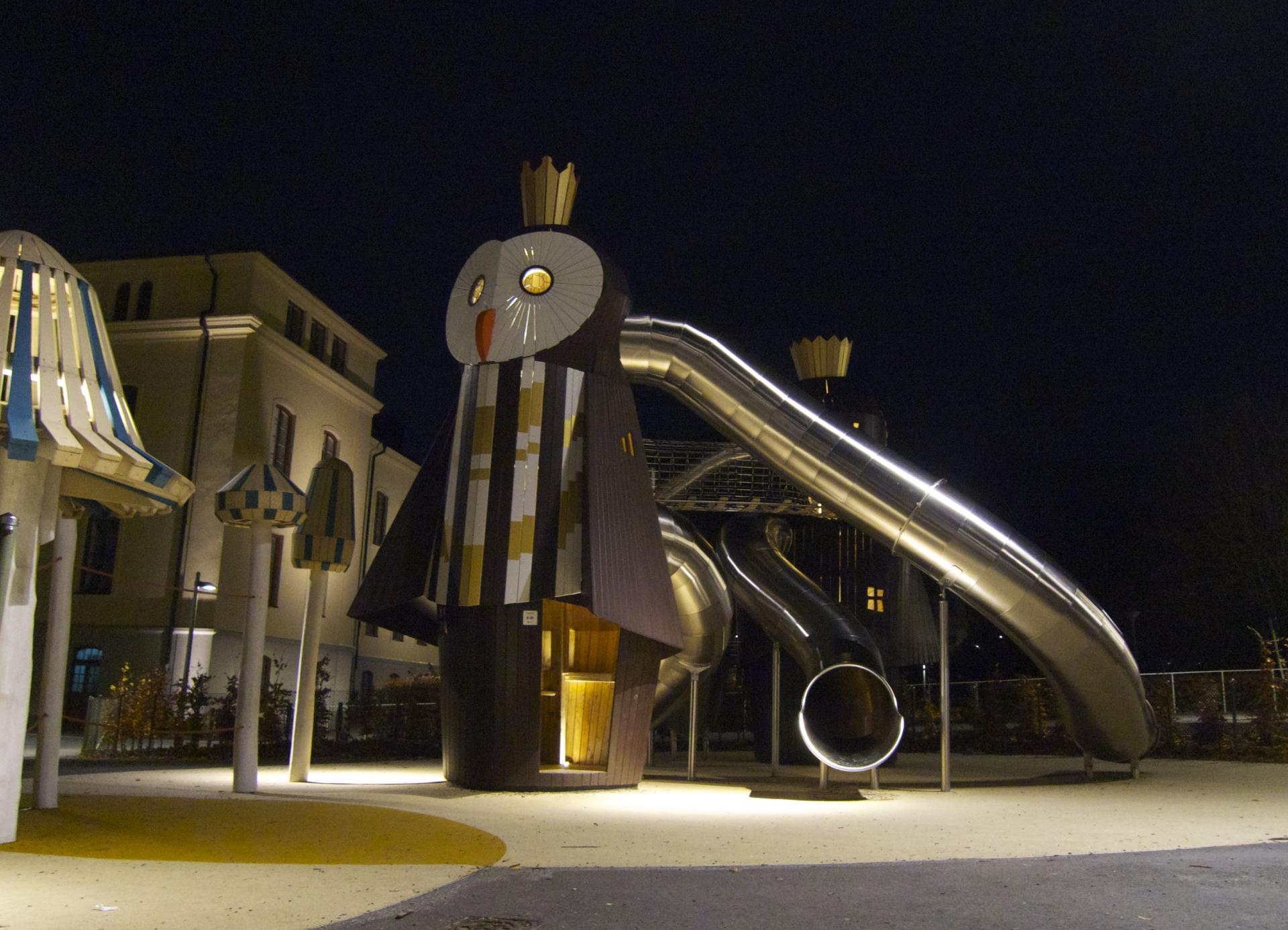 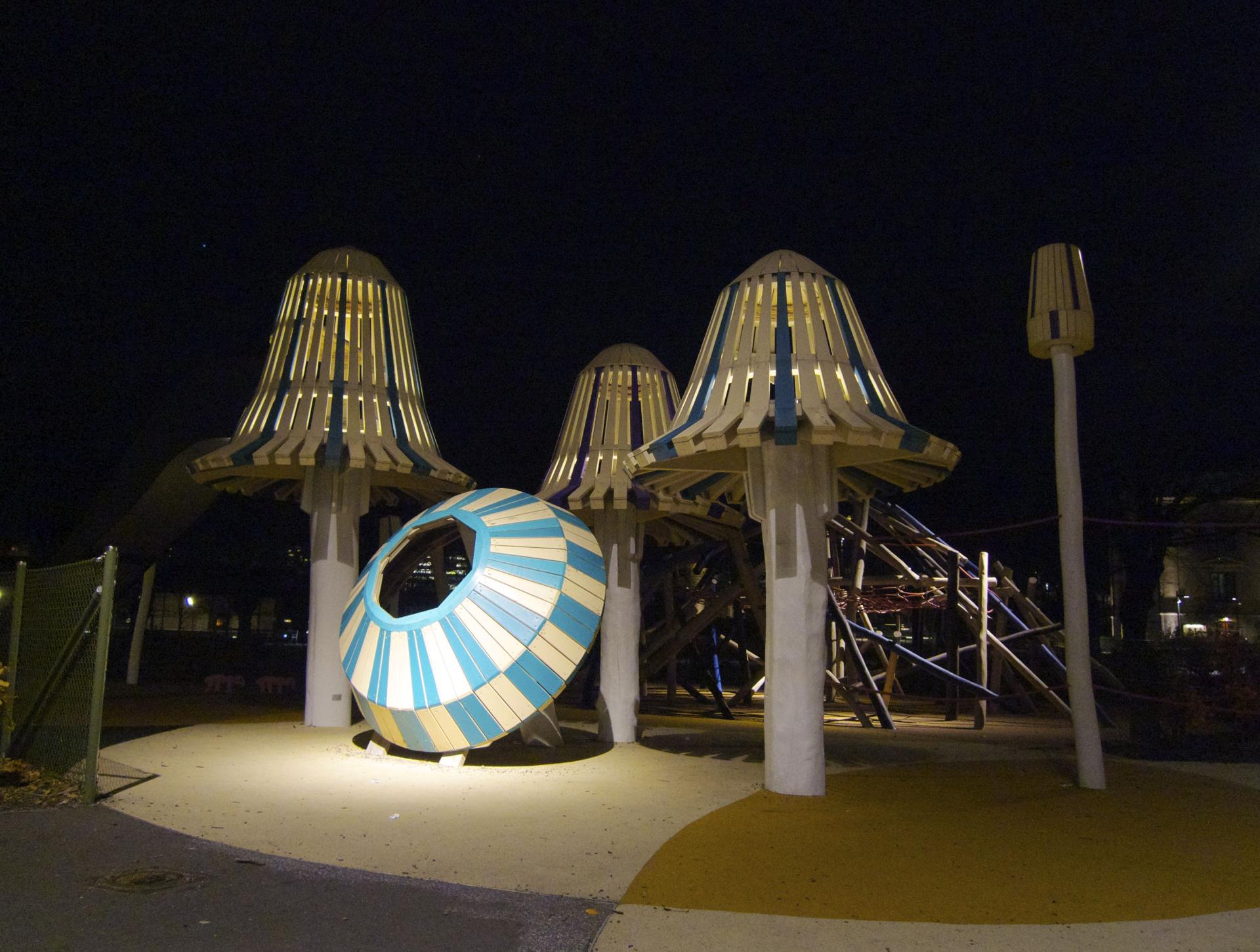 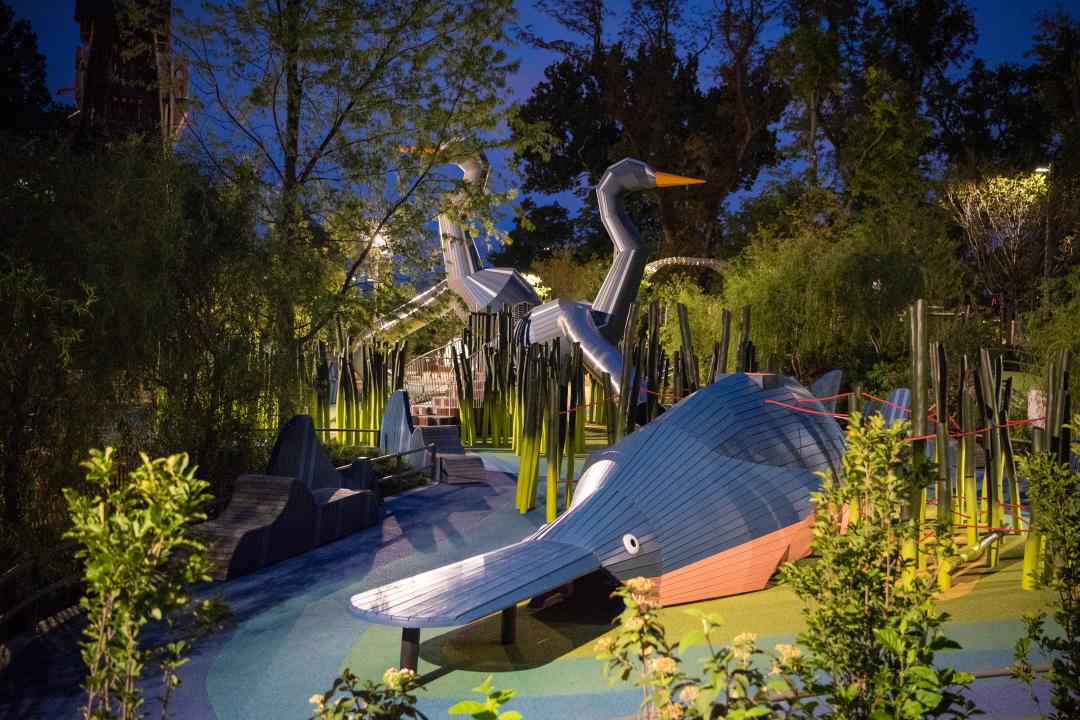 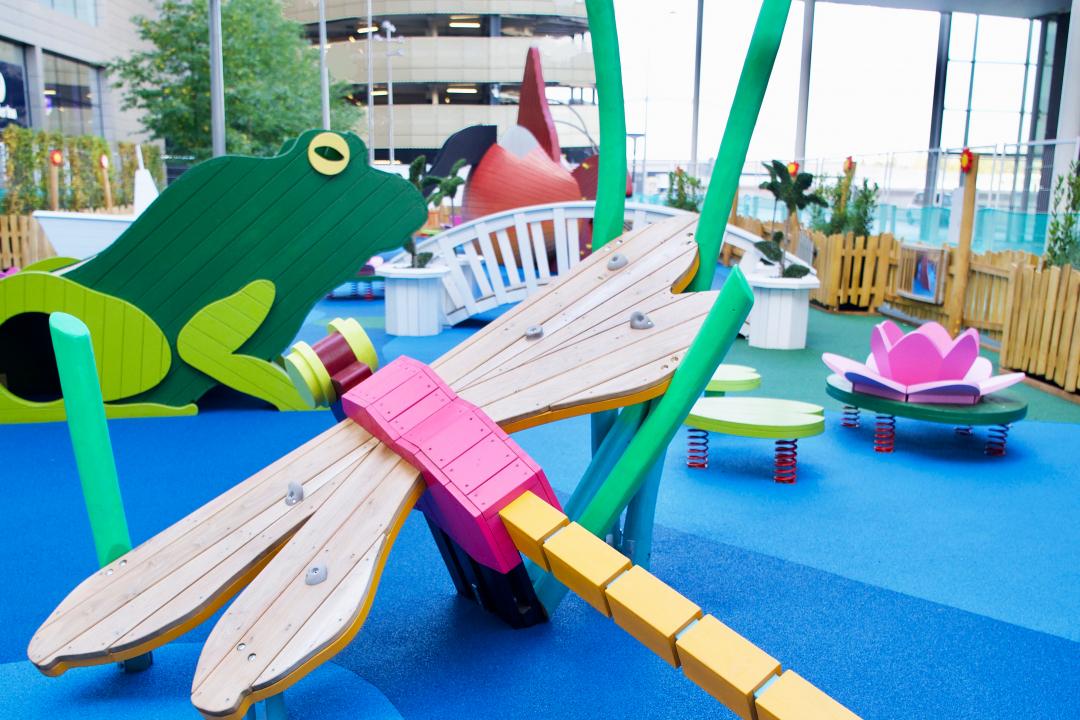