THE MEDIEVAL VILLAGE OF SLOTSHAVEN

The playground is inspired by the tower of Kernen, which is an old medieval fortress in Helsingborg, Sweden. It is the only part remaining of a larger Danish fortress which, along with the fortress Kronborg on the opposite side of Øresund, controlled the entranceway between Kattegat and Øresund and further south to the Baltic Sea. The old fortress of Kernen in Helsingborg is one of the biggest tourist attractions of the city, attracting many visitors each year. As part of improving the experience of visiting the site, a playground was to be built next to the fortress.

The playground consists of a small version of Kernen Tower, encircled by a ramp and inside, the market is open. A fisherwoman stands and sells the catch of the day, the Earl’s son is practicing with his sword and the tower is filled with visitors running up the narrow stairs, up to the top view, before they take the big slide down. Next to the market, you will find the medieval village of old houses with the main square and narrow passages.

The playground is designed to include the whole family and even kids with physical handicaps. The large wavy boardwalk is perfect for toddlers to train their motor skills and even as a bike track for older kids. 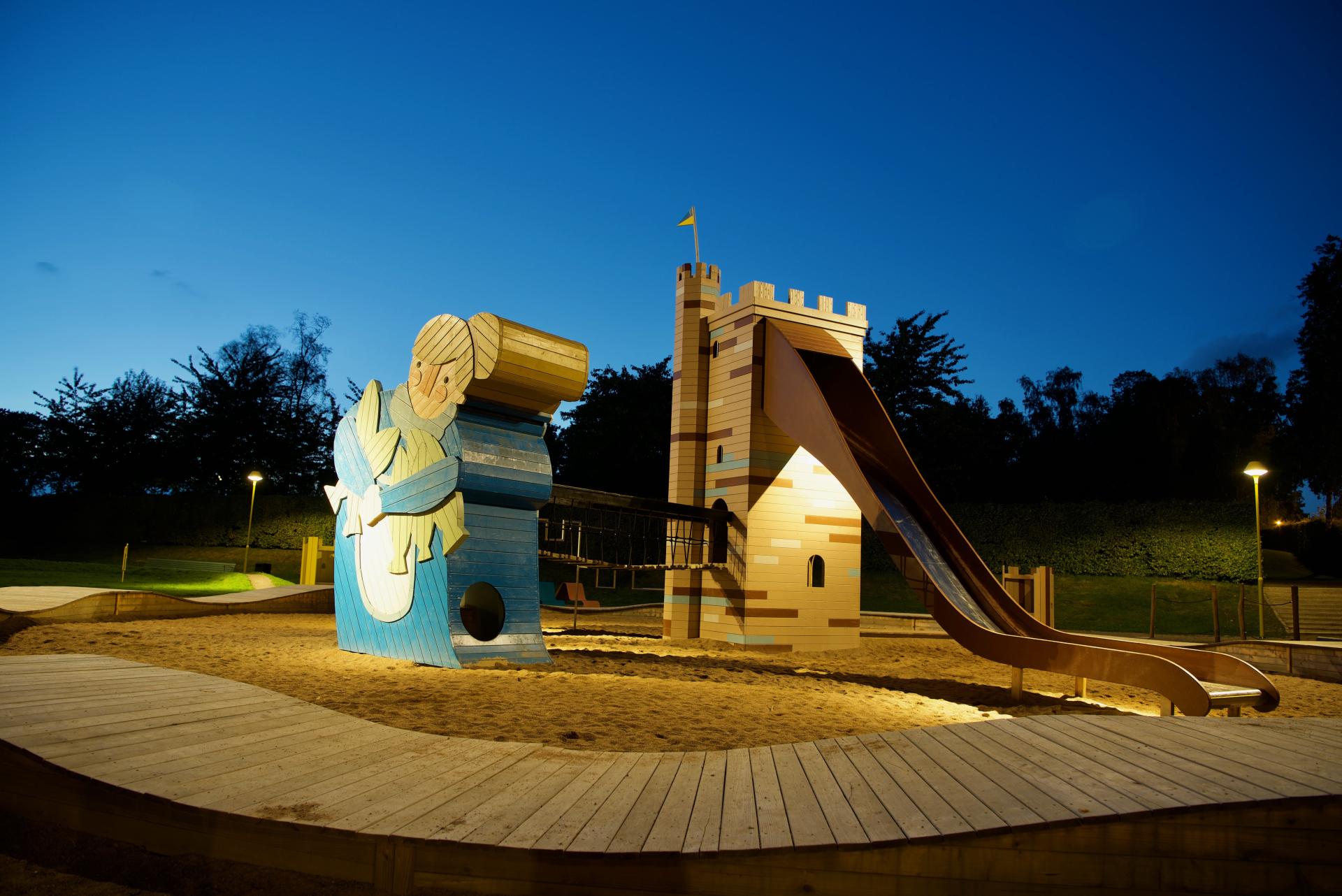 The kids can climb inside the big figures of the fisherwomen and the Earl's son. 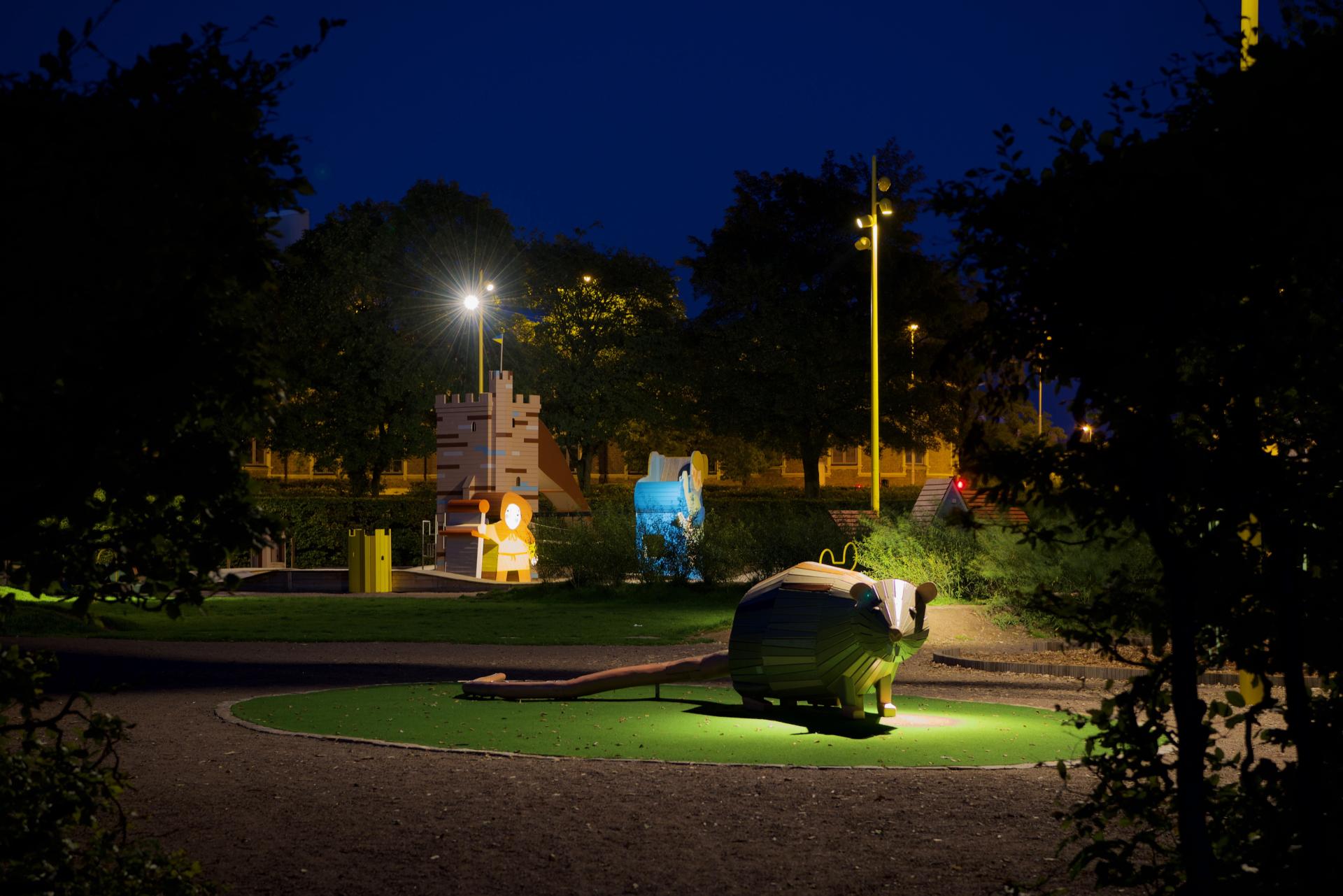 Discover the giant rat roaming the corners of the town, searching for scraps and leftovers. 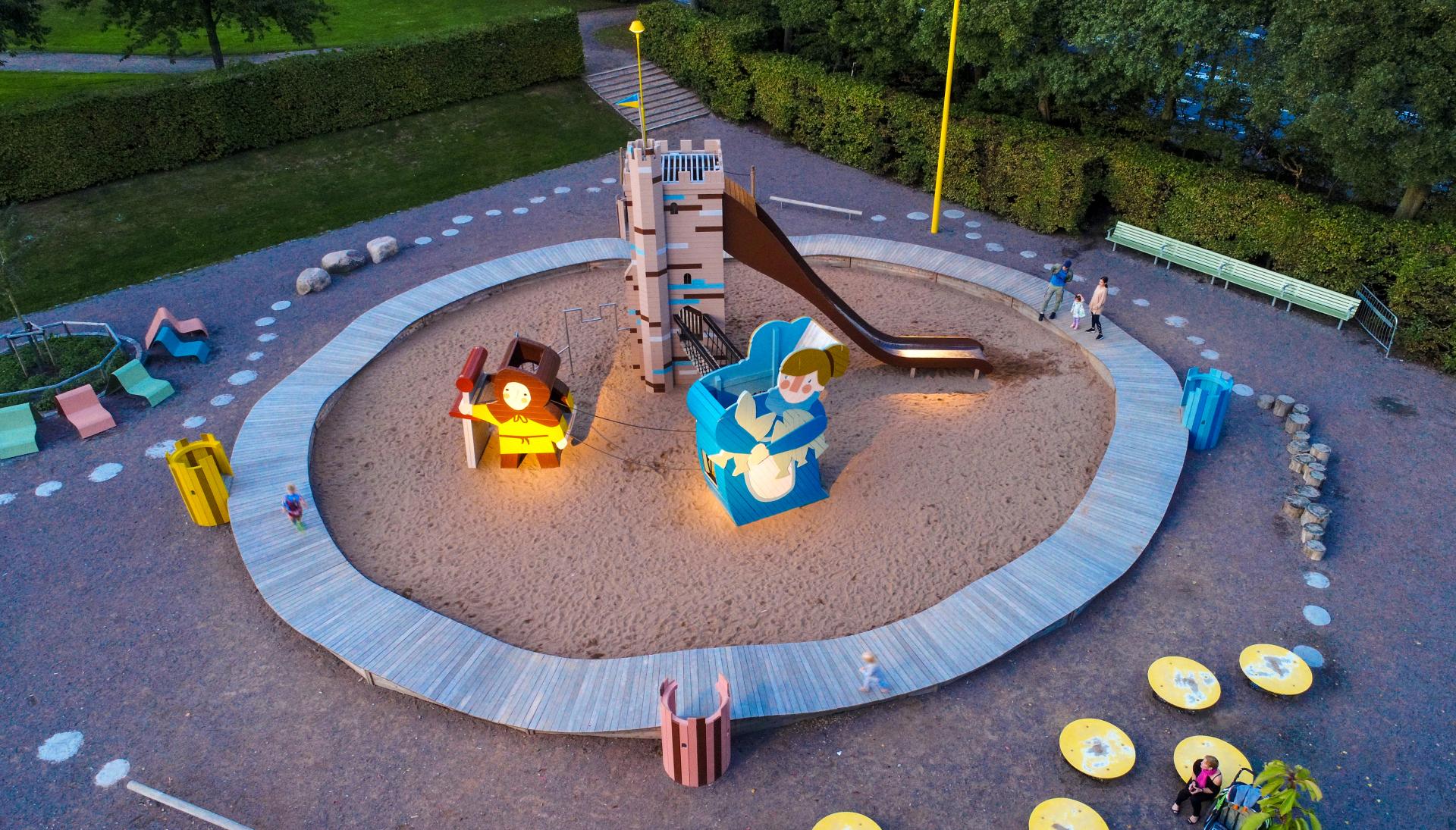 INSPIRED BY THE HISTORY OF HELSINGBORG 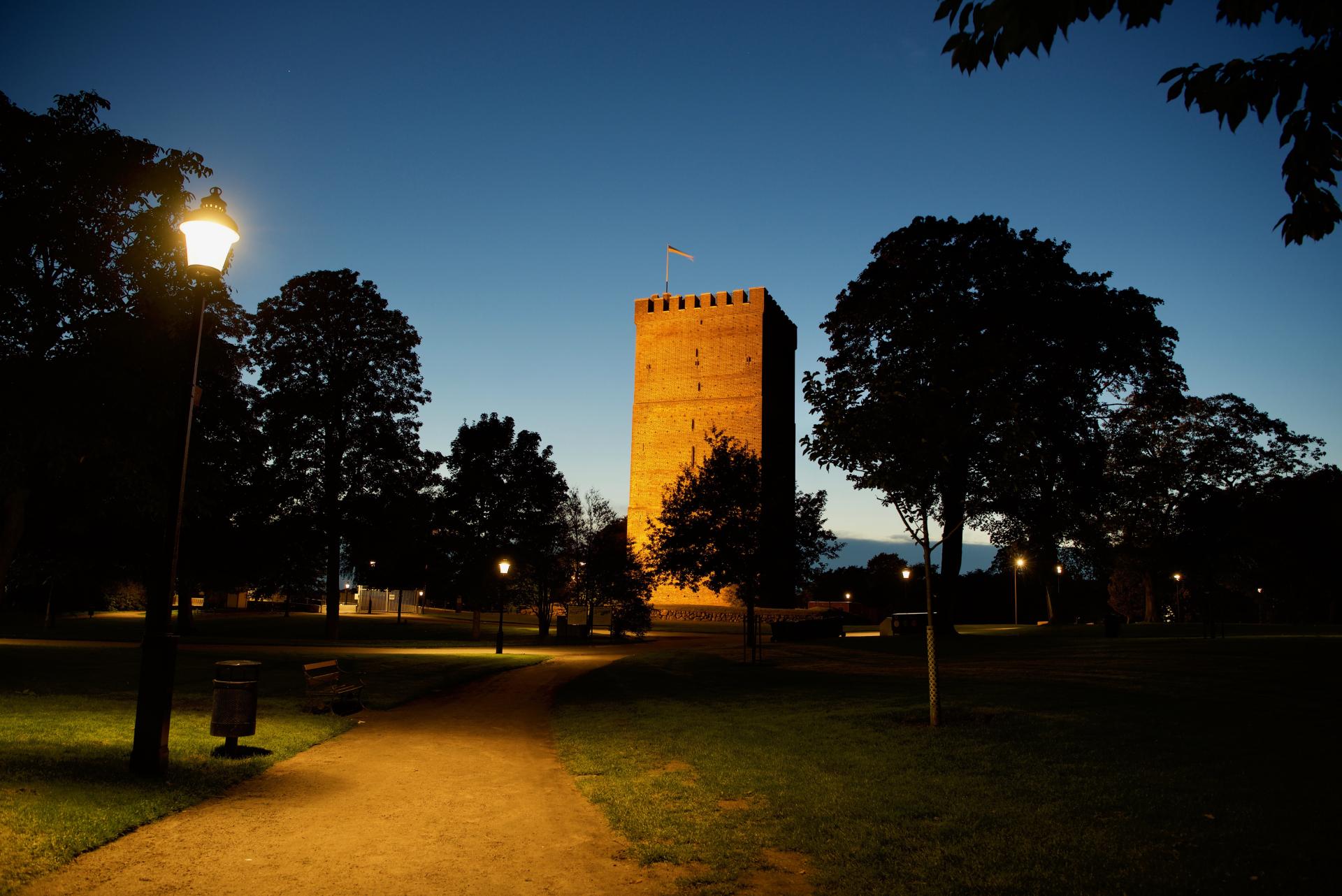 The tower of Kernen in Helsingborg, Sweden. 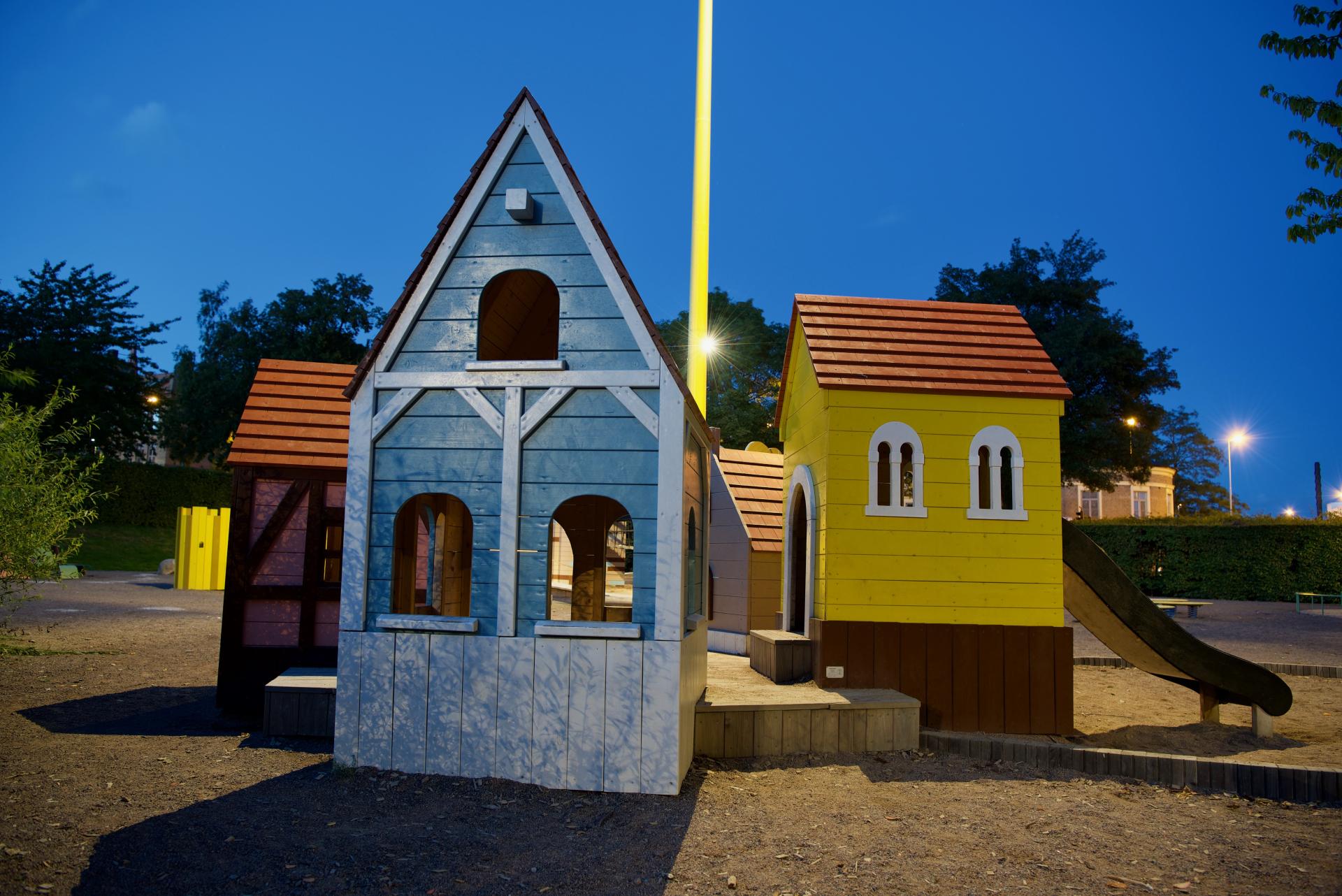 The little town of small houses invites the kids to explore every corner with its many details. 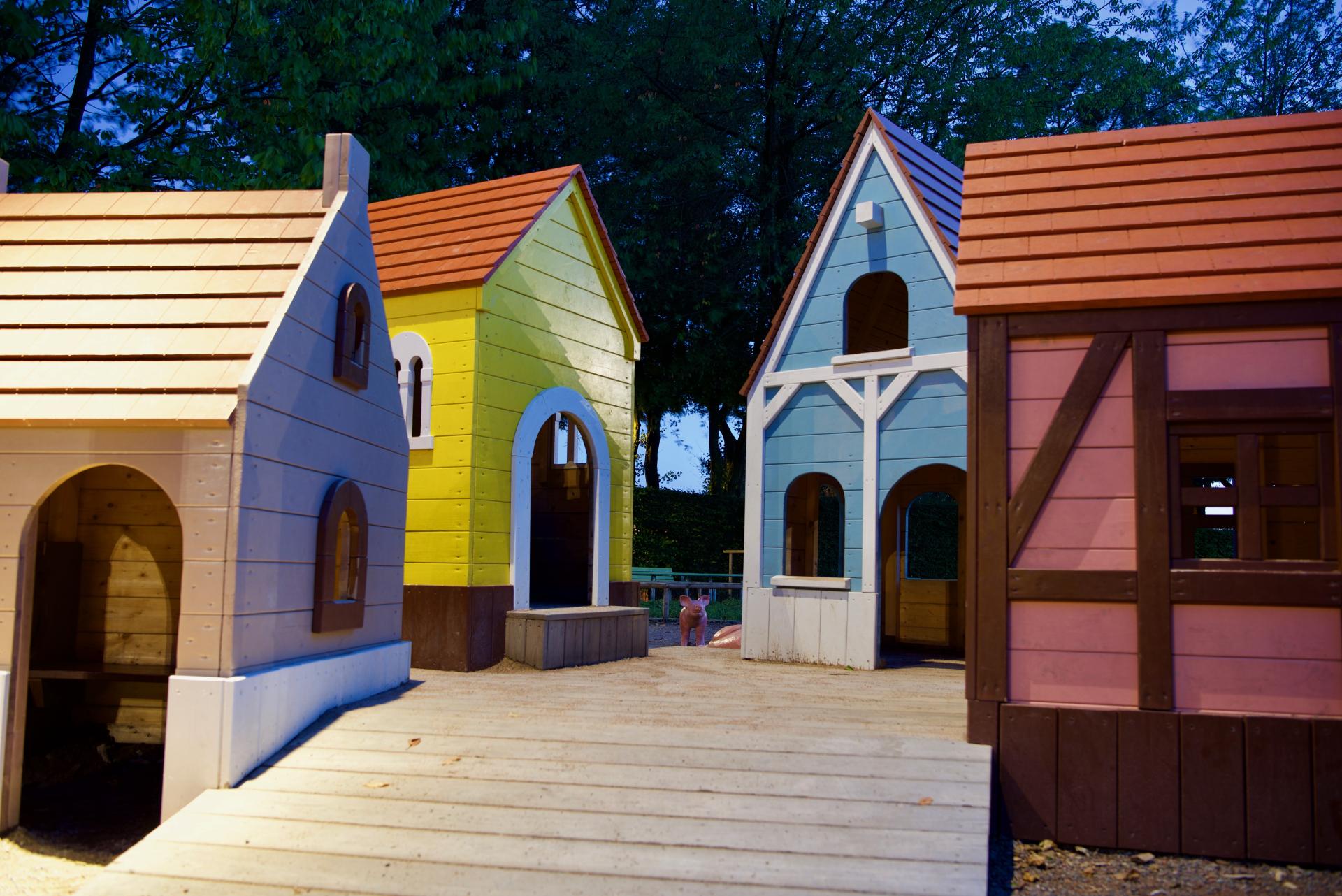 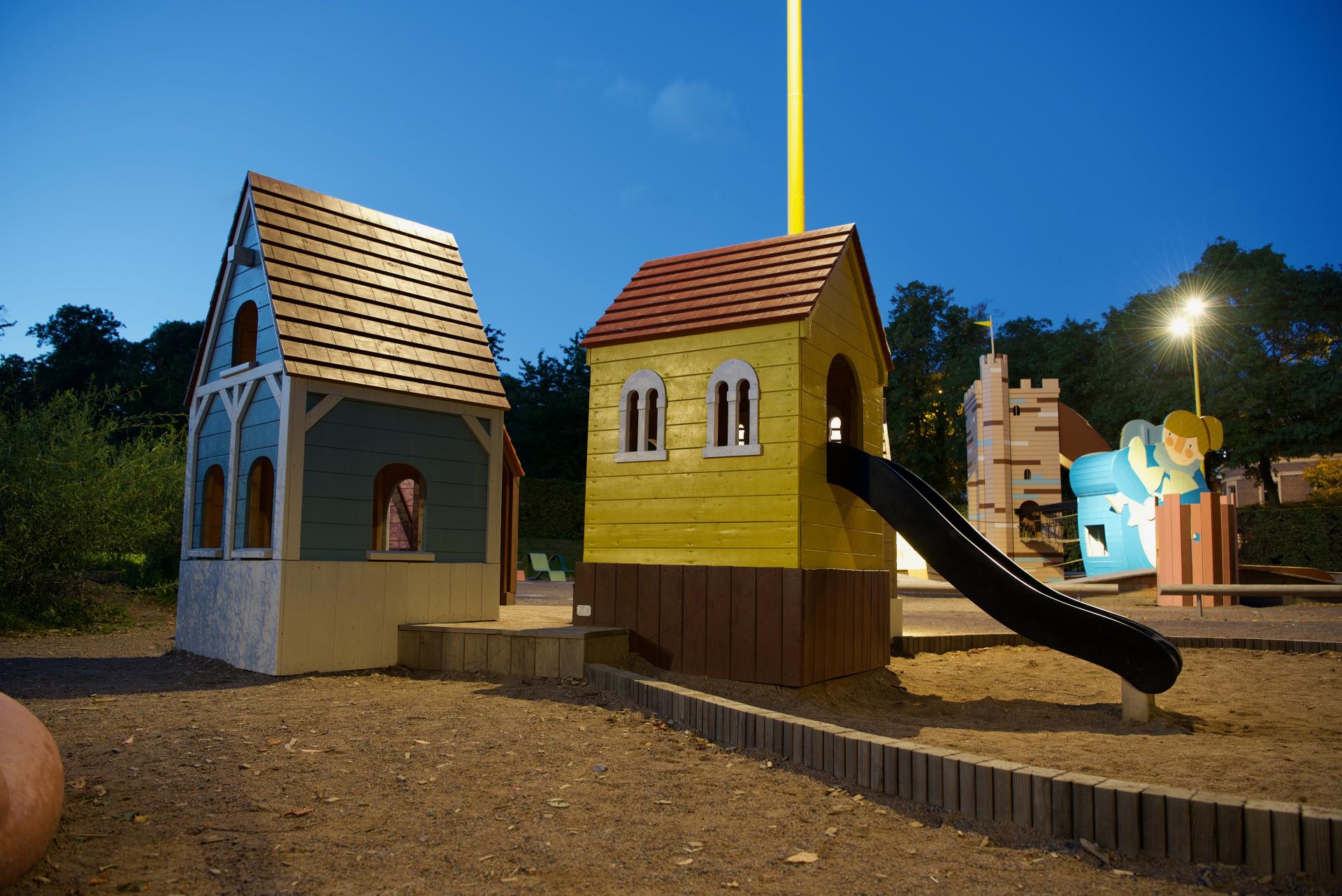 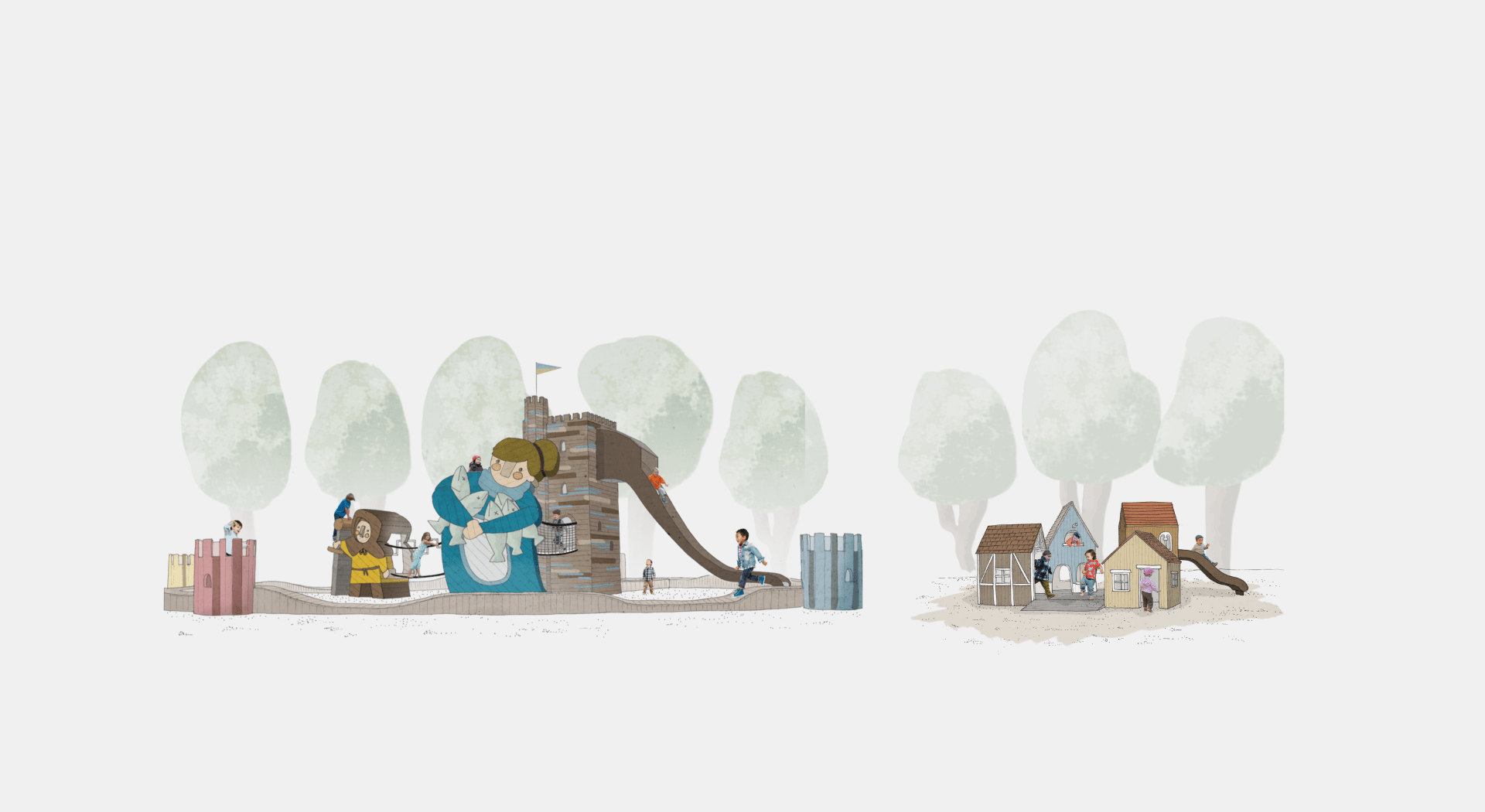 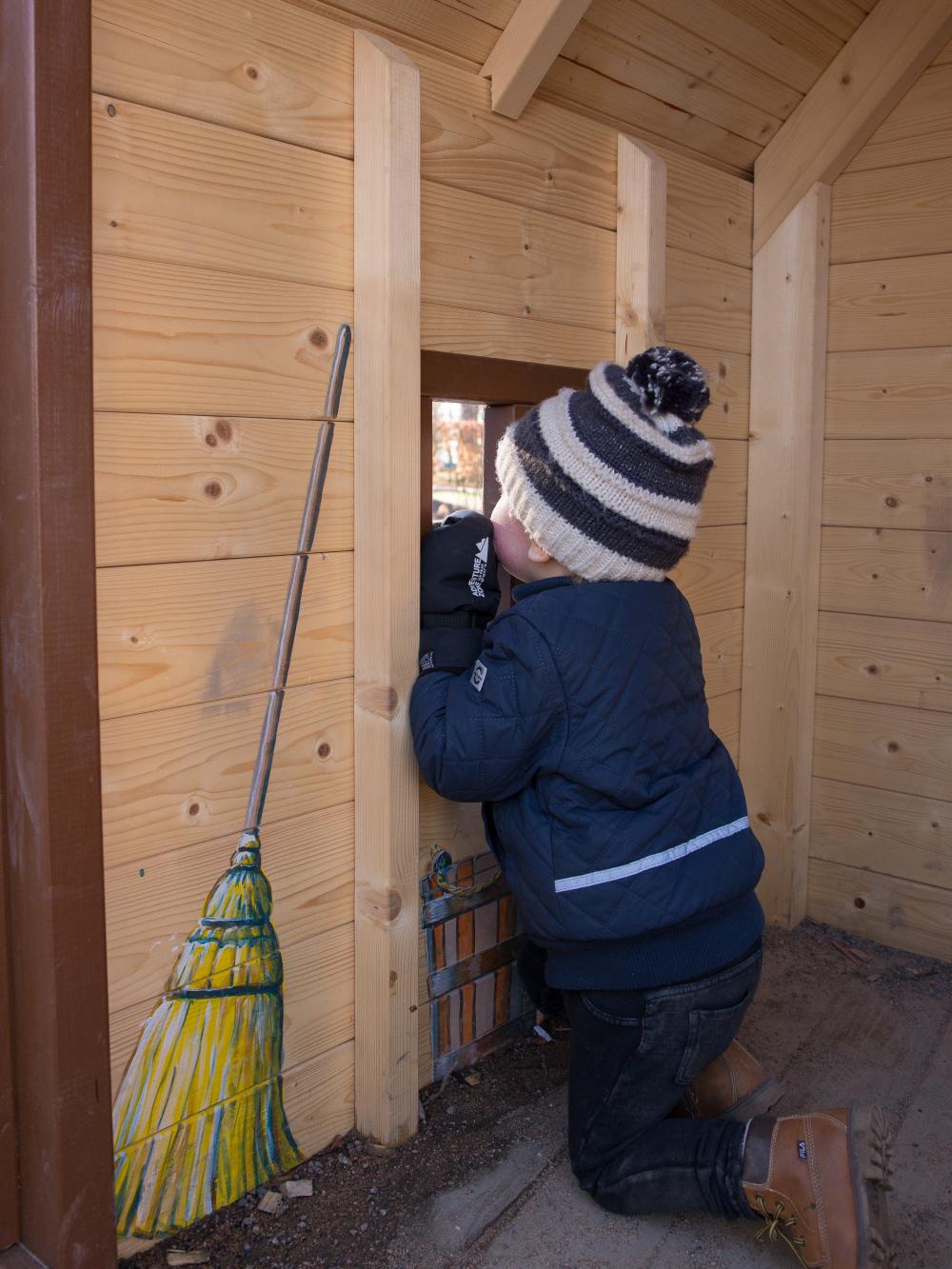 Some of the details of the playground are small paintings relating to the theme, which add another layer to the play features and to the storytelling. 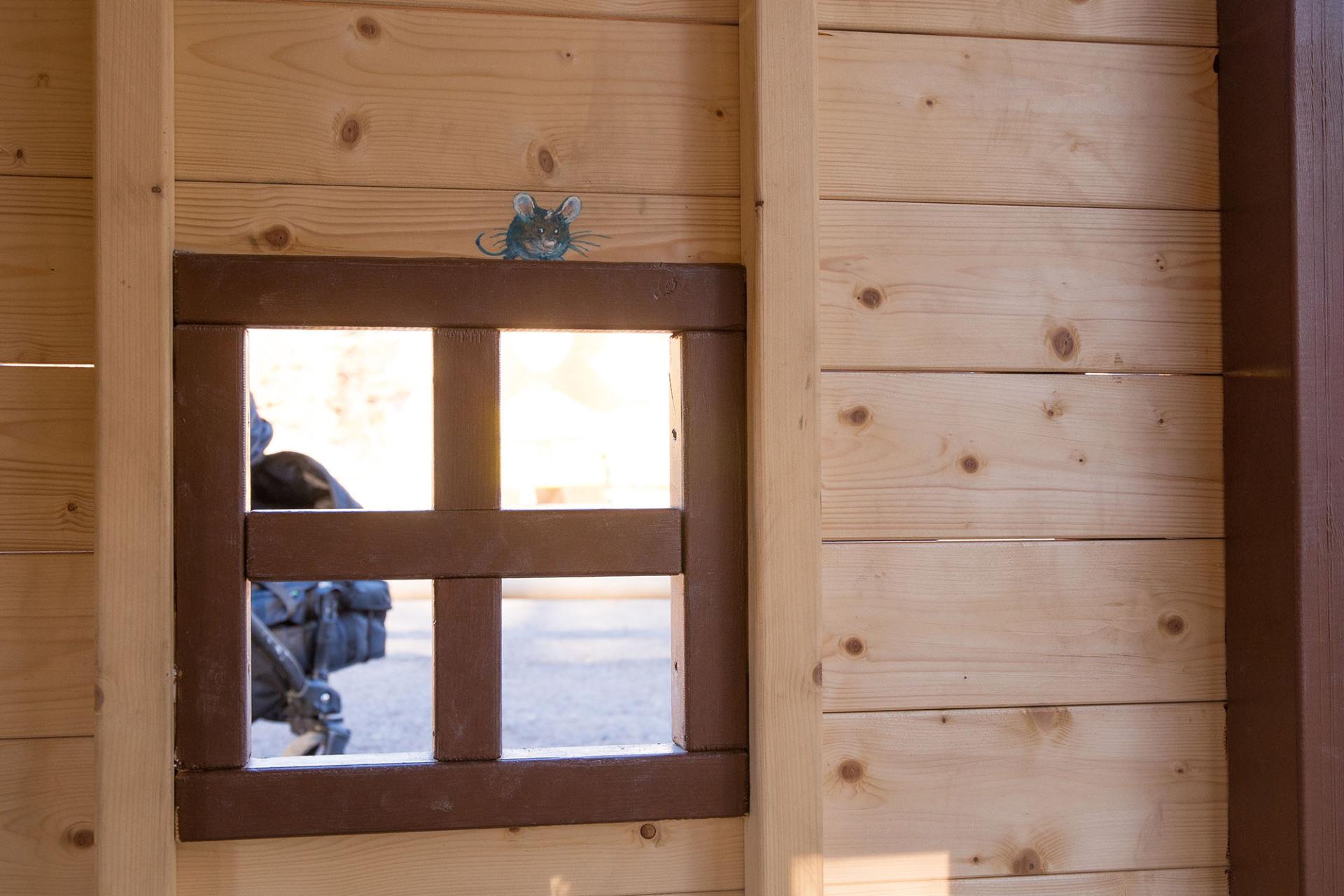 Even the smallest details can make a huge difference and enhance the experience of the universe of the playground.

The Towers of Copenhagen 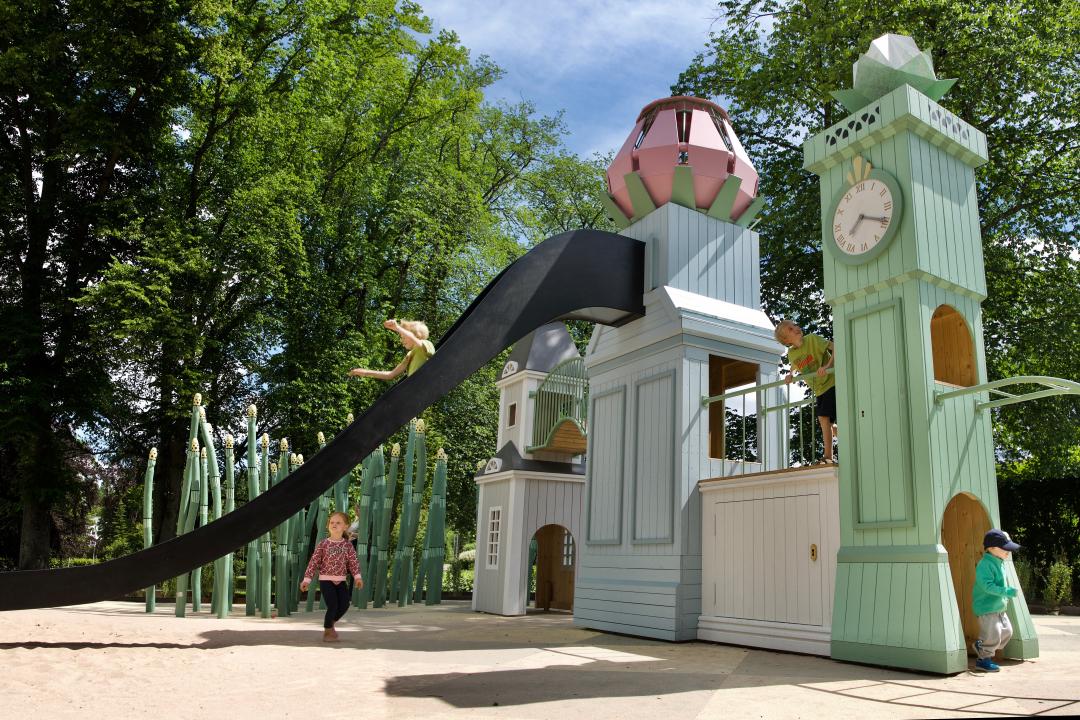 The World of Linné