In the woods outside of the Danish town of Viborg, you'll find the heritage site of many decisive historical events in Danish history. The five areas of the Hald Manor, one of which one dates back to the 12th Century, have now undergone an extensive restoration as part of a project aiming to tell the story of the site and its significance in Danish history. The architectural firm Erik Brandt Dam Architects was assigned the task of designing this ambitious development project with a focus on nature and modern architecture. MONSTRUM was asked to contribute to the project with a playground to physically engage the kids, making the museum relatable for them while still maintaining the artistic focus.

The playground design is based on a medieval theme incorporating classic and characteristic elements such as a big tower, a catapult, and a giant wild boar. It has a dangerous vibe with a reference to historic battles and wild animals, which we no longer see in Danish nature. Here, the kids can play the victorious knight, storming the tower and using the catapult.

The playground also has direct references to the five different sites and eras of the Hald Manor. Much of the history is hard to spot in the faded ruins, but it has come alive at the playground for the kids to explore and the adults to be inspired by. The wild boar is almost 5 meters tall and is a fascinating structure to climb on and venture inside. CRAWL INSIDE THE BELLY OF THE BEAST The insides are designed with as much care as the outside, making the experience of exploring it even more fascinating. The inside of the wild boar is designed with play features such as the rope net for the kids to balance on, climb up and lie on. The wild boar is big enough for adults to explore it as well. The catapult adds a dramatic effect to the playground. Instead of it being a weapon to fire, we put a swing on the end instead. THE STORY OF THE FIVE HALDS

The project is designed in a simple style with focus on nature. The wolf is standing beside the path leading to the playground. All the way through the forest, there are small hints of the stories for the kids to explore on their way. The objects are designed in a naïve style, to make the overall expression playful and charming. 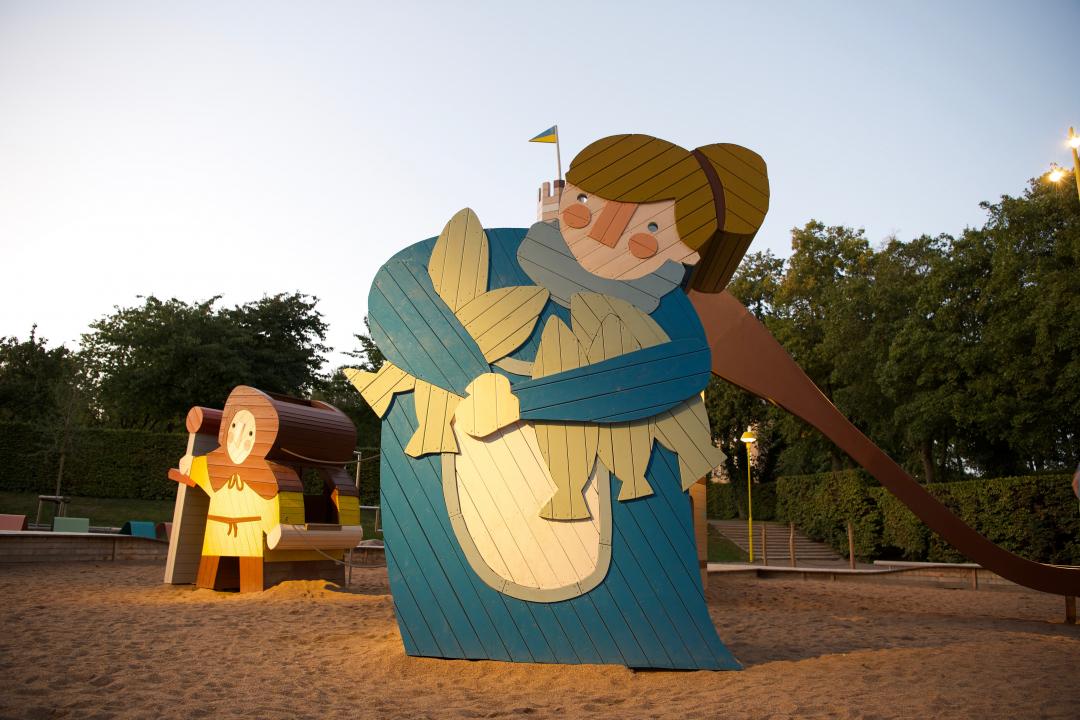 The Medieval Village of Slotshaven 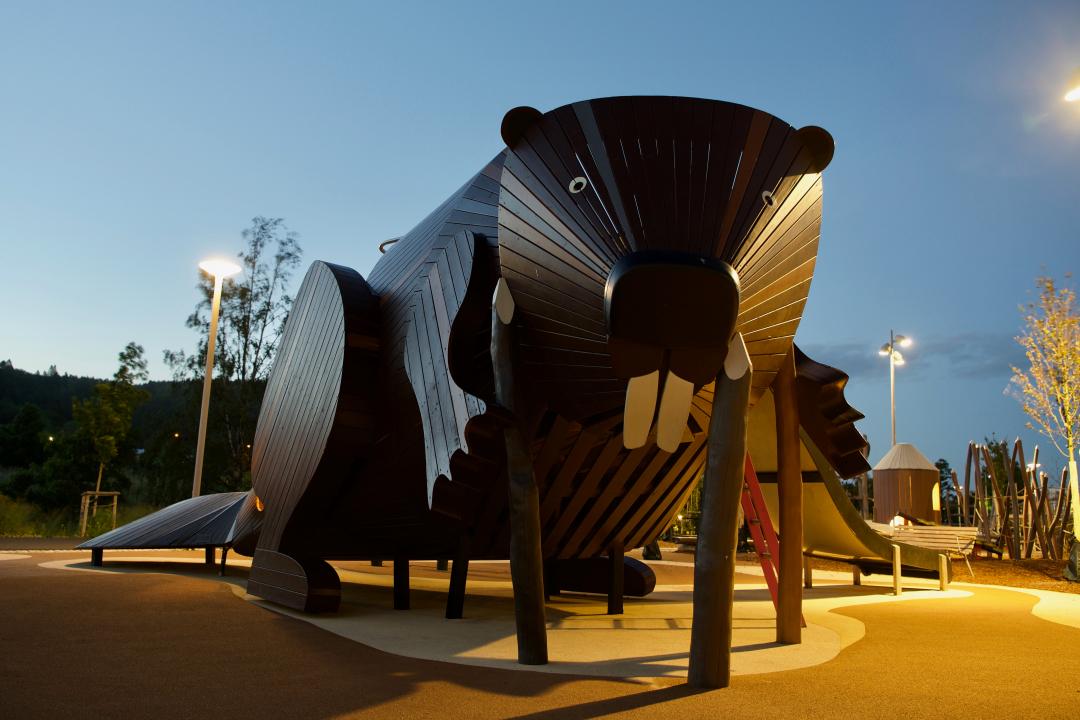