THE FISHING VILLAGE AND THE EIDER DUCK

The charming harbour of Taarbæk is the heart of the city. Since its establishment the city has been closely linked to the fishing industry of Øresund as it was once a small fishing village. Today it is a popular town because of its beautiful location by the sea and close to the capital Copenhagen. The school of Taarbæk is placed right by the harbour with a beautiful view of boats and the sea. It was an obvious choice to design a new playground with a maritime theme.

The kids themselves at the School were part of raising the money for their new playground. Both private persons and institutions contributed to making it happen.⁠ It has been an impressive process. ⁠The result is an exciting playground divided into two areas: The Harbour Playground and The Eider Duck playground.

The eider duck was chosen as the main animal of the playground because of the large population of the species at the area.

The fishing boat is designed with details such as a steering wheel so the kids can imagine themselves going on a fishing trip.

The watch tower has a 3 meters tall slide, a net attached and climbing knobs on its walls, so the kids can play with balance and strength.

The fishing houses are decorated with paintings of fish with a name tag of the species. Its a fun and different way of teaching the kids about the local fish. 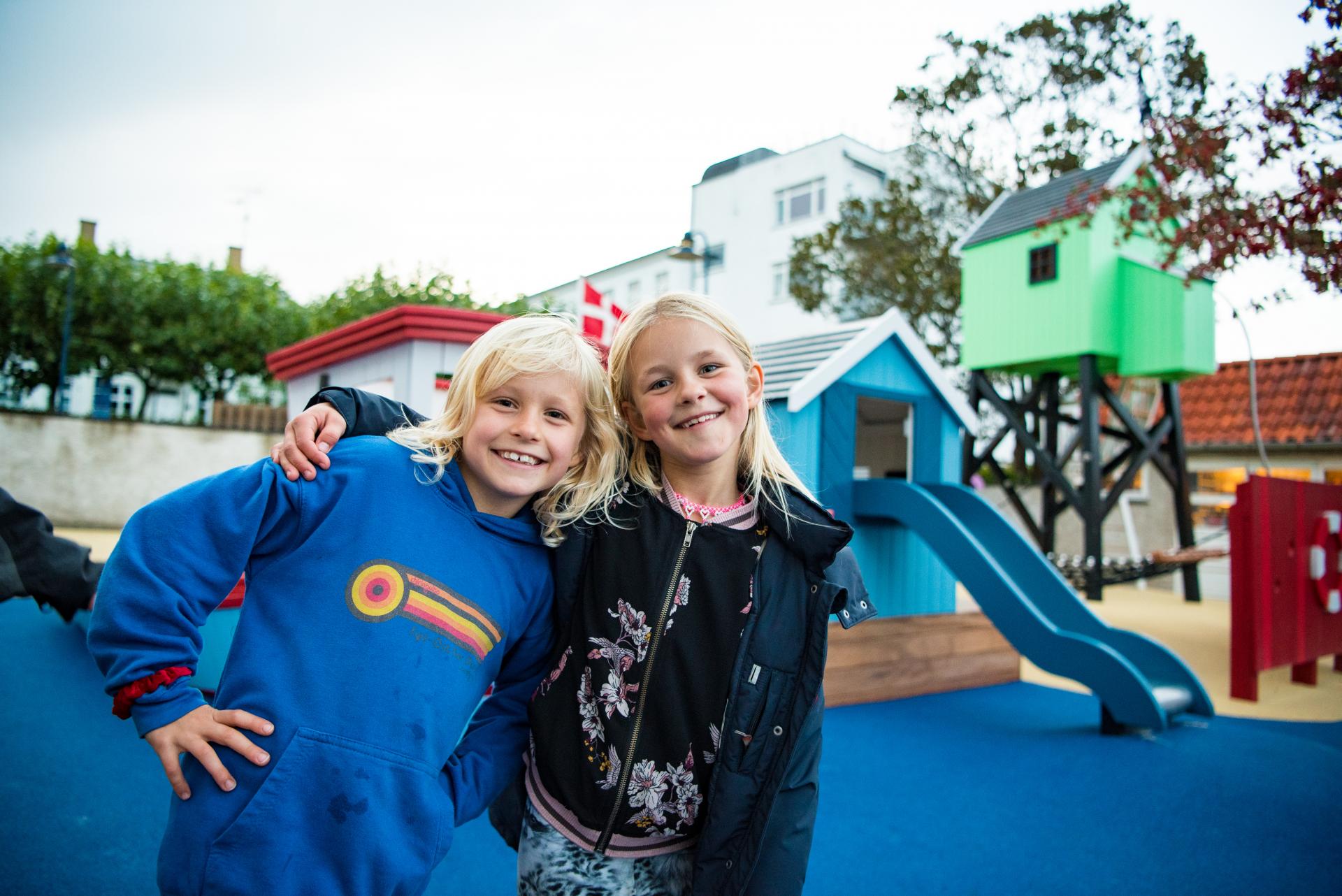